Something I have been hearing a lot about lately is how as humans we latch on to certain aspects of ourselves to form an identity and create a storyline for ourselves. I think the point of creating the storyline is to then help us to make sense of our lives, the path we are on and to bring some kind of knowledge and understanding into what is otherwise a confusing time on earth. We think we need these storylines to get through life because without them… who are we? Not having that sense of identity can be very unsettling and off putting so we continue to create and weave this tale so we can feel more comfortable in knowing who we are.

Taking myself as an example, I was once in a counselling session and was explaining how I felt about grief. I felt like I was stuck and that I wanted to get to the next part but something just wouldn’t let me. I had no idea what that thing was. If I tried to pinpoint or visualise it there was nothing there. That next step was a part of grief I hadn’t reached before, acceptance. I knew I was ready to accept it and move on. It didn’t mean I was forgetting, it just meant being a bit more at peace and allowing myself to live without always being dragged back to the loss. It transpired that the reason I was subconsciously not allowing myself to move forward was because I didn’t know who I would be if I didn’t have the burden of grief to carry with me. The loss had been a huge part of my identity from the age of twelve so here I was in my late twenties wanting to move on but not knowing why I couldn’t. It made perfect sense to me and I had never had that realisation before, they were right. I had no idea who I was without that loss as it had formed such a huge part of my life and there was something about that that was a little unsettling. I think we like to think that we all know ourselves inside out and that we always know exactly why we are the way we are but the reality is sometimes you don’t, and what’s more is, that’s ok.

There are parts of ourselves that we think we have to be all the time because without that feeling, activity or experience who are we? I can see it happening a little now to myself with migraine because they have become more prevalent in recent years. My mom said to me the other day when I was thinking out loud about something and I worried how it might impact on my migraine and my mom responded with but you don’t even know if you are going to still be getting them then, they may stop. My response was dismissive in a yeah… sure kind of manner because migraine has become part of my identity now but that doesn’t mean it will be this dominant forever. Things shape and mould us but don’t have to define us. Instead of sticking to my old storylines I am going to try and create some new ones, or better yet, not write any and see what happens. Not knowing everything about ourselves and where we are going can’t be that frightening.. can it? 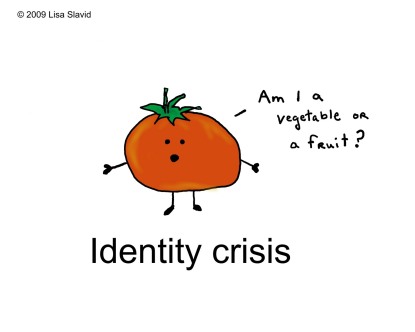 View all posts by Louise O'Sullivan

Learned a lot in session one. Time to put it into practice! @theglossmag #investmentclub
In the latest reader writes series on @theglossmag I write about why I am happy to leave Zoom where I found it B.C (Before Covid) #linkinbio #worklife #louiseoswriting #theglossmagazine
#SeptemberLove
A quick appreciation post up on #louiseosullivanwriting for our incredible medical staff! #nurses #surgeons #doctors #allmedicalstaff #linkinbio
Mood.. “remember what peace there may be in silence” 🙏🏻✍🏻
Thanks to @theglossmag for sharing my piece on #migraine. #linkinbio #brainawareness