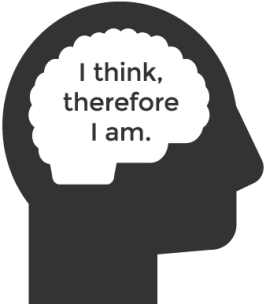 Something I have been hearing a lot about recently is the power of positive thinking. Perhaps it’s something to do with the aura of New Year still loitering around. Now, don’t get me wrong, I know many people have been saying for a long time that positive thinking will always get you further than negative, but I have to put my hand up and say by nature I tend to be a sceptic. The clichés about positivity are plentiful. Always look on the bright side, the glass is half full. I naturally just squirm at the sheer cheesiness of it all. However, I have started to open my mind to the fact that maybe there is something in it.

Anyone who knows me knows that writing is something I have pursued for the majority of my life. It has taken many different shapes and forms over the years, featured strongly at times and been pushed into the background at others, but it has always been my source of solace. So when I realised that this is what I wanted to chase a bit more seriously in life, it took me by surprise. It shouldn’t have, you would think that because I have done it all my life that it would have been pretty obvious but you would be surprised how long it can take people to actually realise something that is staring them in the face. The point I’m getting at is that now I know I want to be a writer but don’t quite have the confidence to refer to myself as one. I spoke with someone recently at my brother’s wedding who asked me what I do and when I told her I work in an office but what I really want to do is write she told me well then, you need to be referring to yourself as a writer. That you need to believe it.

Another source of this recent positive thinking mantra that I stumbled upon  was the story of Andrea Hayes. Andrea Hayes is a familiar face in media. She has worked in front of the camera as a presenter as well as in the production side. She suffered with an invisible illness resulting in chronic pain caused by disc degeneration and spinal stenosis. It was discovered in 2013 that she had a rare brain disorder Chiari Malformation 1. Effectively, Andrea took control of her own healing and believes that we can use our subconscious to change our health and our lives. She has free downloads on her website http://www.andreahayes.ie which encourage you to visualise the things you want in life and that by really believing and visualising, you can achieve the goals and happiness you want in life. Initially, this is something I wouldn’t have given a second thought to but I have listened to a few, they are growing on me and I am keeping an open mind. Her website is well worth checking out if you want to start thinking more positively.

So, is there truth in “I think therefore I am”. The phrase first came about in Latin as “Cogito ergo sum” as a philosophical proposition by René Descartes. Philosophical sayings like these will often divide opinion and I suppose there won’t ever be a definitive answer. It will be very much up to the individual as to whether they believe their good fortune and blessings have come about from luck, hard work or the belief that positive thinking and visualisation contributed. I think for the majority of us it’s a combination of all of the above so I will leave it at that and let everyone make up their own minds!